The First National Bank at Paris was established in 1891 as The Bank of Paris by a group of local businessmen who had a deep commitment to the people of Paris and Logan County. At that time, Paris was a bustling community of 600 people. Founded by W.R. Cherry, the bank occupied the first floor of the two-story native stone Hall Building on the southwest corner of the city square. According to "old timers," in front of this corner passed all covered wagons on their way to Texas and back.
P.B. Cox served as the Bank’s first president, while Mr. Cherry served as the Bank’s first cashier. The first 18 shareholders were: W.R. Cherry, C.C. Wood, Cora Wood, Anthony Hall, P.B. Cox, J.N. Ingle, George M. Zeller, Jerry Carroll, Thomas Fuller, L.F. Holloman, James Sewell, J.B. Carter, W.B. Conaster, H.C. Carter, C.S. McKinney, F.A. Quaile, L.R. Wallace and L.B. Crenshaw.
The Bank became a National Bank in February of 1920, and was reorganized in 1934 as the First National Bank at Paris.
Much of the economy in Paris and Logan County was driven by coal mining and agriculture, for which the Bank helped facilitate. Coal was first discovered just one mile north of Paris near Short Mountain Creek in 1880. By that time the railroad had been shifted to run through Paris, as Paris had been named the Logan County seat in 1874, over Roseville, coal and cotton cars were a common sight along the rails.
In August of 1964 the Bank moved into its current location, which has seen numerous updates over the years to keep up with customer service and technology.
The Caulksville branch was established in 1965 to enhance and augment the Bank's services in that portion of the Bank's trade area. A major renovation of the branch was undertaken in 1997. With all the conveniences of a modern bank branch, and the same high tech solutions for it's customers, the Caulksville branch is located on Highway 22, one of the original 1926 Arkansas State Highways, and at the junction of Highways 22 and 23.
An opportunity to expand the Bank's community focused and relationship driven style of banking to Scott county came in 1998. First National Bank purchased a small branch of another financial institution in Waldron. The Community National Bank brand was created to give the Bank an identity as unique and independent as the communities it serves. September 11th, 1998 was the first day of business for the Bank. In 2002 the Bank expanded into its current location and held an open house on April 7th to celebrate the occasion.
In 2000, a Booneville branch was opened to service the Bank's customers in southern Logan County and to create opportunity for potential customers to choose a local bank. Shinning stars of 'commitment to community', the Community National Banks embrace the same proud heritage as First National and always put 'People and Community First'. With the conveniences and technology solutions in place for their customers, Community National is poised to help with banking solutions and economic development in their trade areas of Southern Logan and Scott Counties.

In 2016 a branch was added in Franklin County, with the opening of First National Bank at Ozark, followed by the addition of a Johnson County branch in 2017, First National Bank at Clarksville. Incorporated in 1850, Ozark is adjacent to much of Arkansas wine country, and once home to Cherokee and Osage, and frequented by French fur trappers. Situated on a bend of the Arkansas River, the name Aux Arcs was first given to the area by French settlers, then later simplified to “Ozark”. Clarksville is the Johnson County seat, and home to the Johnson County Peach Festival and University of the Ozarks. Spadra was the first Johnson county seat because it was convenient to steamboat lines on the Arkansas River. However, when stagecoach and train transportation became more common, land routes from Fort Smith and Little Rock were directed along higher elevations through Clarksville. Subsequently Clarksville grew and became the de facto county seat in 1833 due to severe flooding at Spadra. Clarksville was established by survey in 1836.

Today, the Bank employees approximately 50 people and has an annual payroll of over $1 million. The Bank is regulated by the OCC and FDIC, which insures its deposits. The officers, directors, employees and their families actively participate in community activities. The Banks invest in their neighborhoods, schools, civic organizations and business because we all work together to meet the challenges of tomorrow and realize the dreams of today. Our founders could not imagined banking as it is today, but they gave us the sense of community that allows us to say with pride that we are

Whether you are looking for a branch or ATM, find one close to you. 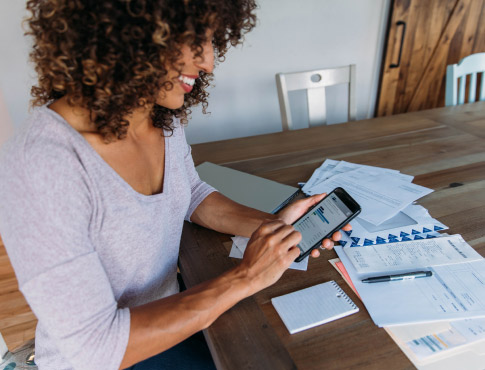 Convenient solutions so you can focus on running your business.

We offer small business resources intended to save you time.

Read more on our accessibility statement